K1 has seen it all in his 50 years plus career, enjoying critical and commercial success home and abroad in a career span that has taken him from young upstart in 1970 to an African cultural authority. 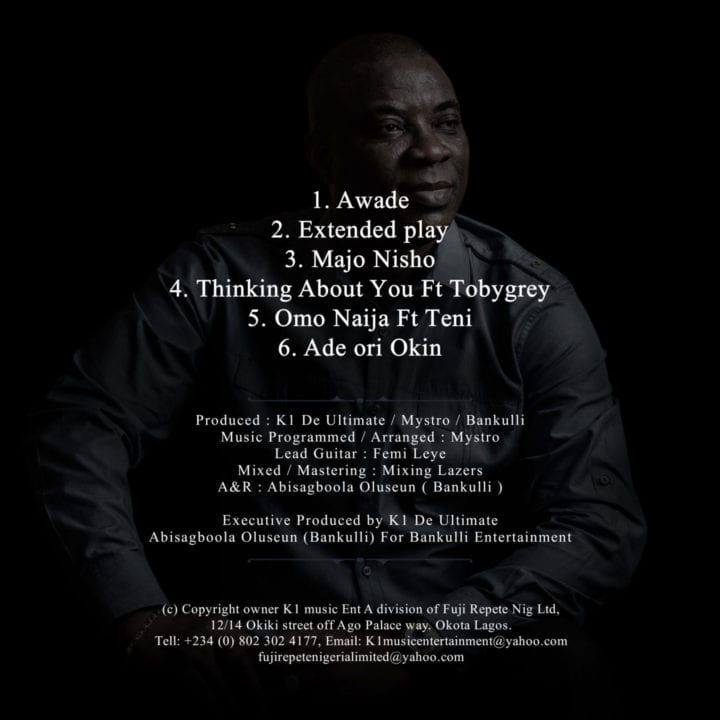 A forward-thinking interpretation of Fuji music, Fuji the Sound E.P is K1 De Ultimate’s upcoming body of work. The EP which will house a total of six songs is a product of two years of tweaking and experimentation across the music forms set, ultimately, to the rhythmic drum-heavy pattern of puritan Fuji music.

The urban spirit is reflected in the team of collaborators that the music icon assembles including producer, Mystro, and singers, Teni and Toby Grey. Awade is the project’s first single. The “Fuji the Sound EP” will arrive on August 21.

Press Play and Enjoy below!