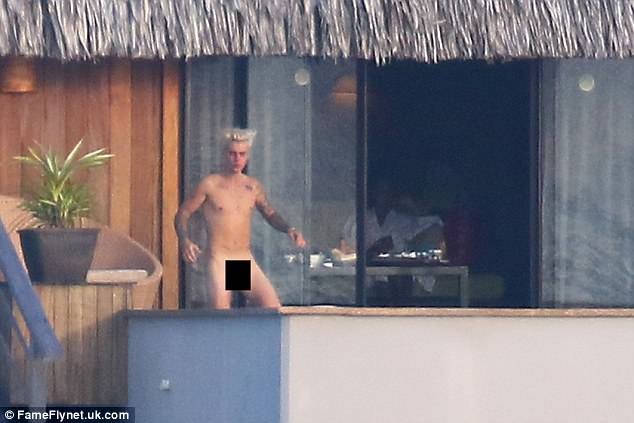 Leaked n*de photos of Justin Beiber exposing his man-hood during his Bora Bora vacation in 2015, spiked Spotify Australia streams of his music by 600%

According to Spotfiy Australia, streaming of the 'Love Yourself' hitmaker's discography soared in the weeks that followed his full-frontal exposure.

In celebration of its sixth anniversary in Australia, Spotify Australia released numerous fun facts about streaming on the platform.

One of the facts reads: 'To say Aussies had Bieber fever was an understatement, with streams spiking 600 percent.'

They added they saw 'a seven-time increase on average listening compared to the previous week'.

But one state, in particular, couldn't stop listening to the What Do You Mean? crooner: 'Victorians had the biggest streaming increase at 776 percent.'

At that time, Beiber stripped completely nak*d for a dip at his stunning ocean-front villa while enjoying a getaway with rumored love interest, British model Jayde Pierce.

See how to comfortably earn over 20K Monthly.